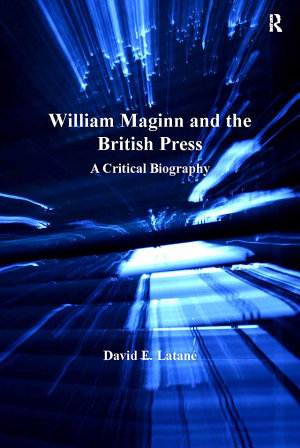 The first scholarly treatment of the life of William Maginn (1794-1842), David Latané’s meticulously researched biography follows Maginn’s life from his early days in Ireland through his career in Paris and London as political journalist and writer and finally to his sad decline and incarceration in debtor’s prison. A founding editor of the daily Standard (1827), Maginn was a prodigal author and editor. He was an early and influential contributor to Blackwood’s Edinburgh Magazine, and a writer from the Tory side for The Age, New Times, English Gentleman, Representative, John Bull, and many other papers. In 1830, he launched Fraser’s Magazine for Town and Country, the early venue for such Victorians as Thackeray and Carlyle, and he was intimately involved with the poet 'L.E.L.' In 1837, he wrote the prologue for the first issue of Bentley’s Miscellany, edited by Dickens. Through painstaking archival research into Maginn’s surviving letters and manuscripts, as well as those of his associates, Latané restores Maginn to his proper place in the history of nineteenth-century print culture. His book is essential reading for nineteenth-century scholars, historians of the book and periodical, and anyone interested in questions of authorship in the period.

Authors: Edward J. Chrzanowski
Categories: Technology & Engineering
Written to support an intensive short course on the subject. The material is presented as a subset of electronic warfare and is concerned primarily with systems which generate and radiate signals to interfere with hostile radar systems. Chapters deal with search and track radar range and angle count 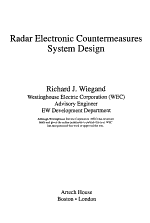 Authors: Richard J. Wiegand
Categories: Technology & Engineering
An introduction for readers with a general technical background to the design and operation of active electronic countermeasure jamming systems intended to negate the effectiveness of radar systems used by the bad guys. Presents both technical and practical aspects of the hardware and software neede 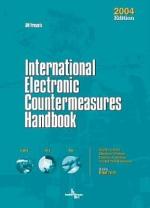 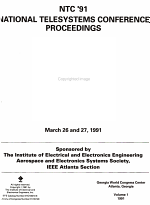