Kuunmong: The Cloud Dream of the Nine A Korean novel: a story of true faith tested by worldly ambition, set in Tang Dynasty China; a love story, and a classic expression of Confucian values in conflict with Buddhist beliefs. By Kim Manjung (1617-1682), a public servant and courtier at the highest level, later a political exile, in seventeenth century Korea. Translated by James S. Gale (1863-1937), one of the most important early figures in the encounter between modern Korea and the English-speaking world. This edition features a 1922 introduction to the work by Elspet Keith Robertson Scott, and new introductory and interpretative essays by Susanna Fessler, State University of New York at Albany, and by Francisca Cho, Georgetown University 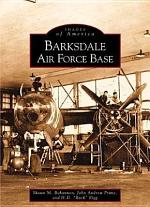 Welcome to Barksdale Air Force Base

Airfields of the United States Army Air Forces in Louisiana