This book offers a glimpse into Syrian refugee women's stories of defiance and triumph in the aftermath of the Syrian uprising. The al-Zaatari Camp in northern Jordan is the largest Syrian refugee camp in the world, home to 80,000 inhabitants. While al-Zaatari has been described by the Western media as an ideal refugee camp, the Syrian women living within its confines offer a very different account of their daily reality. Defiance in Exile: Syrian Refugee Women in Jordan presents for the first time in a book-length format the opportunity to hear the refugee women's own words about torment, struggle, and persecution--and of an enduring spirit that defies a difficult reality. Their stories speak of nearly insurmountable social, economic, physical, and emotional challenges, and provide a distinct perspective of the Syrian conflict. Waed Athamneh and Muhammad Musad began collecting the testimonies of Syrian refugee women in 2015. The authors chronicle the history of Syria's colonial legacy, the torture and cruelty of the Bashar al-Assad regime during which nearly half a million Syrians lost their lives, and the eventual displacement of more than 5.3 million Syrian refugees due to the crisis. The book contains nearly two dozen interviews, which give voice to single mothers, widows, women with disabilities, and those who are victims of physical and psychological abuse. Having lost husbands, children, relatives, and friends to the conflict, they struggle with what it means to be a Syrian refugee--and what it means to be a Syrian woman. Defiance in Exilefollows their fight for survival during war and the sacrifices they had to make. It depicts their journey, their desperate, chaotic lives as refugees, and their hopes and aspirations for themselves and their children in the future. These oral histories register the women's political outcry against displacement, injustice, and abuse. The book will interest all readers who support refugees and displaced persons as well as students and scholars of Middle East studies, political science, women's studies, and peace studies. 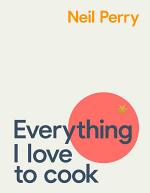 Everything I Love to Cook

Authors: Neil Perry
Categories: Cooking
Sixteen years since the publication of Australian national treasure Neil Perry's groundbreaking bible for home cooks, The Food I Love, comes a bookend to that masterwork: Everything I Love to Cook. Neil's influence on the food culture of Australia and beyond has been profound: inspiring us to try new flavours,

Everything I Love to Cook in a Book

Authors: Steven Mallows
Categories: Cooking
Cooking a meal from scratch can be a satisfying, relaxing and rewarding experience, no matter what your level of experience and time available. If you are keen to start your culinary journey across the world 'Everything I love to cook in a book' will provide the perfect solution with easy 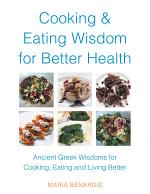 Authors: Maria Benardis
Categories: Body, Mind & Spirit
Cooking & Eating Wisdom for Better Health gives readers all the tools and know-how needed to cook joyfully, with agapi (Greek word for unconditional love) and eat for longevity. It teaches you how to cook intuitively using ingredients that harmonise your body and mind. Cooking and eating will become a 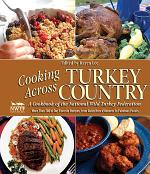 Authors: Karen Lee
Categories: Cooking
Cooking Across Turkey Country offers great recipes for camp or kitchen. Featuring a collection of recipes provided by National Wild Turkey Federation members and notable figures in the hunting industry, this volume is packed with delicious recipes and fun anecdotes about the NWTF. Members of the hunting community will enjoy 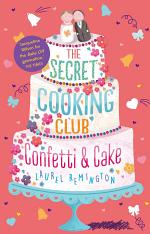 Authors: Laurel Remington
Categories: Juvenile Fiction
Scarlett's blog has found success beyond her wildest dreams. What's more, her mum is getting married, and Scarlett is baking the wedding cake. Everything is perfect ... or is it? As the wedding approaches, she has much more on her mind than the perfect bake ...