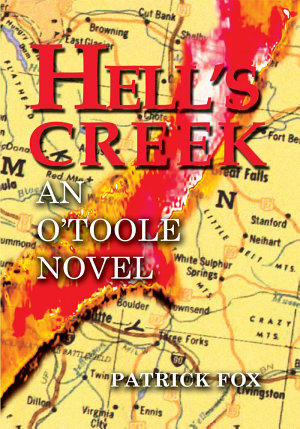 After Bill Banes is killed in a spectacular but mysterious car bombing in England, O'Toole volunteers to go to London to bring back his friend's remains. Before he knows it, he's involved in a many-leveled conspiracy that becomes much more complicated than the murder it initially appeared to be. O'Toole follows up on the one consistency in the sketchy chain of evidence: Bill Banes' continuing fascination with a 1978 earthquake in the western United States. From the hundred mile visibilities at the peaks of the Little Belt Mountains, to the subterranean murk of the Lombard Fault in Western Montana, he is once again up to his ears in trouble, straying far beyond his jurisdiction as an employee of Structurethe small and super-secret agency that does the jobs that are too sensitive for the CIA and the FBIand proving yet again that no good deed goes unpunished. With the aid of Elmer Linthacum, who runs a small town Exxon station, and Becky Sparling, the loving daughter of a multimillionaire cattle rancher who has interests that go beyond his fourteen thousand acres, O'Toole manages to unravel the mystery and avoid getting sewn upor blown upin the process.

Authors: Fiona Watt
Categories:
An exciting activity book designed especially for little fingers. Children can press their fingers into the ink pad and fingerprint away! This finger-printing book includes simple, step-by-step instructions for lots of pictures and scenes to create using only fingerprints, and a multi-coloured ink pad is attached to the side of

Authors: Sam Smith
Categories:
This little book is packed with step-by-step guides for children to create all kinds of animals using the paint provided and a pen. Children can learn how to make tigers, hedgehogs, meerkats and more as they fill the pages with their own finger-painting scenes. Illustrations: Full colour throughout

Authors: Sam Smith
Categories:
This little book is packed with step-by-step guides for children to create all kinds of spring-time things using the paint provided and a pen. Children can learn how to make Easter eggs, bunnies, baby animals, and more as they fill the pages with their own seasonal finger-painting scenes. 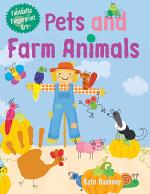 Authors: Kate Daubney
Categories: Juvenile Nonfiction
Pets and farm animals are often portrayed as friendly companions. Readers of this art book will find it simple and fun to create their own friendly companions. Colorful and charming illustrations guide young artists in making their own unique masterpieces. Readers will learn that they don't need tons of fancy