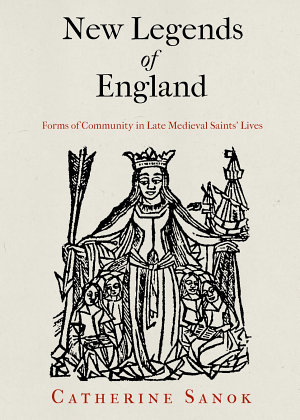 In New Legends of England, Catherine Sanok examines a significant, albeit previously unrecognized, phenomenon of fifteenth-century literary culture in England: the sudden fascination with the Lives of British, Anglo-Saxon, and other native saints. Embodying a variety of literary forms—from elevated Latinate verse, to popular traditions such as the carol, to translations of earlier verse legends into the medium of prose—the Middle English Lives of England's saints are rarely discussed in relation to one another or seen as constituting a distinct literary genre. However, Sanok argues, these legends, when grouped together were an important narrative forum for exploring overlapping forms of secular and religious community at local, national, and supranational scales: the monastery, the city, and local cults; the nation and the realm; European Christendom and, at the end of the fifteenth century, a world that was suddenly expanding across the Atlantic. Reading texts such as the South English Legendary, The Life of St. Etheldrede, the Golden Legend, and poems about Saints Wenefrid and Ursula, Sanok focuses especially on the significance of their varied and often experimental forms. She shows how Middle English Lives of native saints revealed, through their literary forms, modes of affinity and difference that, in turn, reflected a diversity in the extent and structure of medieval communities. Taking up key questions about jurisdiction, temporality, and embodiment, New Legends of England presents some of the ways in which the Lives of England's saints theorized community and explored its constitutive paradox: the irresolvable tension between singular and collective forms of identity.

Authors: R. F. Denno, Hugh Dingle
Categories: Science
This volume results from a symposium entitled "Species and Ufe History Patterns: Geographic and Habitat Variation", held during the National Meeting of the Entomo logical Society of America in Denver, Colorado, USA in November, 1979. The stimu lus to assemble papers on this theme emerged from continuing discussions with col 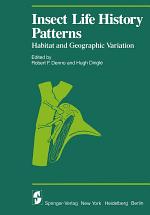 Authors: R. F. Denno, H. Dingle
Categories: Science
This volume results from a symposium entitled "Species and Ufe History Patterns: Geographic and Habitat Variation", held during the National Meeting of the Entomo logical Society of America in Denver, Colorado, USA in November, 1979. The stimu lus to assemble papers on this theme emerged from continuing discussions with col
Language: en
Pages: 225 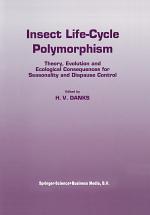 Authors: H.V. Danks
Categories: Science
Recent studies have shown that genetic polymorphisms play an important role in structuring the seasonal life cycles of insects, complementing an earlier emphasis on the effects of environmental factors. This book presents current ideas and recent research on insect life--cycle polymorphism in a series of carefully prepared chapters by international 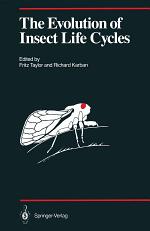 The Evolution of Insect Life Cycles

Authors: Fritz Taylor, Richard Karban
Categories: Science
This book was developed out of a symposium at the XVII International Congress of Entomology held in Hamburg, Germany, on August 21, 1984. This symposium was organized by Drs. William Bradshaw and Hugh Dingle, who subsequently asked us to edit the proceedings. The chapters represent, for the most part, papers