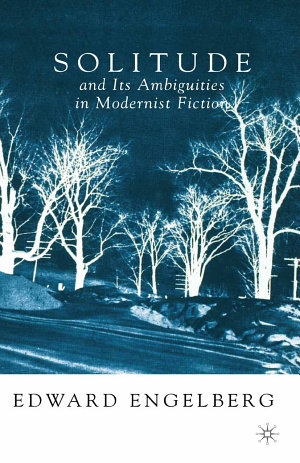 In this study of solitude in high modernist writing, Edward Engelberg explores the ways in which solitude functions thematically to shape meaning in literary works, as well as what solitude as a condition has contributed to the making of a trope. Selected novels are analyzed for the ambiguities that solitude injects into their meanings. The freedom of solitude also becomes a burden from which the protagonists seek liberation. Although such ambiguities about solitude exist from the Bible and the Ancients through the centuries following, they change within the context of time. The story of solitude in the twentieth century moves from the self's removal from society and retreat into nature to an extra-social position within which the self confronts itself. A chapter is devoted to the synoptic analysis of solitude in the West, with emphasis on the Renaissance to the twentieth century, and another chapter analyzes the ambiguities that set the stage for modernism: Defoe's Robinson Crusoe. Selected works by Woolf, Mann, Camus, Sartre, and Beckett highlight particular modernist issues of solitude and how their authors sought to resolve them. 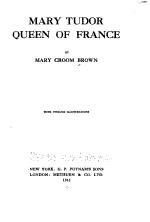 Authors: Mary Croom Brown
Categories: Biography & Autobiography
ANYONE who writes the life of Mary Tudor, daughter of Henry VII., must owe a debt of gratitude to Mrs Everett Green, who first drove a wedge through the mass of documents dealing with the subject. Since that date, however, new evidence has come to light and fresh readings of 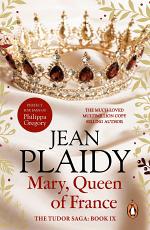 Authors: Jean Plaidy
Categories: Fiction
The ninth of Jean Plaidy's Tudor novels - the story of Princess Mary Tudor, a celebrated beauty and born rebel who would defy the most powerful king in Europe; her brother, Henry VIII. Princess Mary Rose is the youngest sister of King Henry VIII, and one of the few people 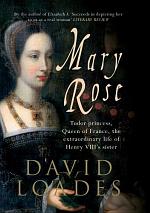 Authors: David Loades
Categories: History
The story of Henry VIII's sister Mary Rose, the beautiful princess who married first the King of France and then the great rake of the Tudor era, Charles Brandon, Duke of Suffolk. 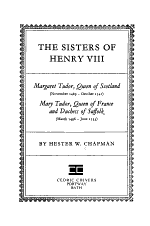 The Sisters of Henry VIII