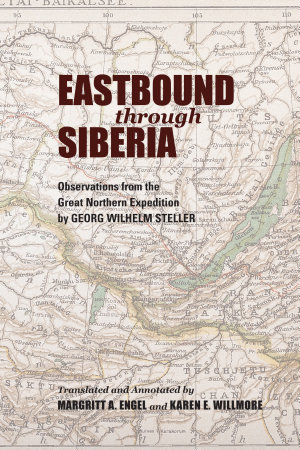 “Traveling with Steller as he botanizes his way across Siberia is part wilderness adventure, part open air museum visit, and a valuable historical window.” —Erika Monahan, author of The Merchants of Siberia In the winter of 1739, Georg Steller received word from Empress Anna of Russia that he was to embark on a secret expedition to the far reaches of Siberia as a member of the Great Northern Expedition. While searching for economic possibilities and strategic advantages, Steller was to send back descriptions of everything he saw. The Empress’s instructions were detailed, from requests for a preserved whale brain to observing the child-rearing customs of local peoples, and Steller met the task with dedication, bravery, and a good measure of humor. In the name of science, Steller and his comrades confronted horse-swallowing bogs, leaped across ice floes, and survived countless close calls in their exploration of an unforgiving environment. Not stopping at lists of fishes, birds, and mammals, Steller also details the villages and the lives of those living there, from vice-governors to prostitutes. His writings rail against government corruption and the misuse of power while describing with empathy the lives of the poor and forgotten, with special attention toward Native peoples. “Not only showcases Steller the botanist but also reveals him as an admirable human being with a great sense of humor who managed to keep an upbeat attitude in the most trying circumstances.” —Eckehart J. Jäger “What emerges is a remarkable window into life—both human and animal—in 18th century Siberia.” —The Birdbooker Report “Adds fascinating details to the life of Steller and his travels and discoveries just before joining Bering in Kamchatka to set sail.” —Anchorage Daily News 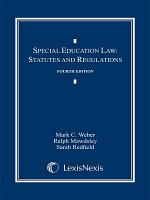 Authors: Mark C. Weber, Ralph Mawdsley, Sarah Redfield
Categories: Law
This documentary supplement is designed to be used with Special Education Law or for any course covering the Individuals with Disabilities Education Act (IDEA), its regulations, and relevant provisions of the Americans with Disabilities Act (ADA).