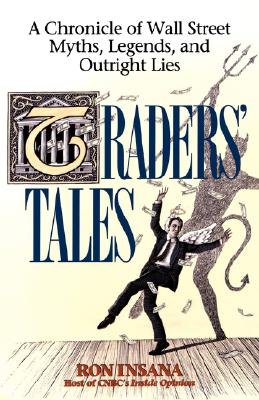 Acclaim for Trader's Tales "I have rarely gone through a day without hearing a joke about WallStreet. Ron Insana captures the essence of the culture that createsthose jokes with one hilarious tale after another. This book isgreat fun." -Stanley Druckenmiller Managing Director, Soros FundManagement. "Ribald tales and outrageous jokes are as much a part of WallStreet as subordinated debentures, and Ron Insana has siftedthrough years of financial lore to collect the best of them. Afunny, funny book, certain to draw a chuckle and a wry smile ofrecognition from even the stiffest Masters of the Universe." -BryanBurrough Coauthor, Barbarians at the Gate. "You can't beat Wall Street for witty and outrageous behavior. RonInsana captures it." -Michael Steinhardt Managing Partner,Steinhardt Partners. "Having worked on Wall Street for 20 years, I thought I had heardand seen it all. The secrets revealed in this book, however, areabsolutely shocking." -Elaine Garzarelli Director, GarzarelliCapital, Inc. "Wall Street has lots of traders' tales which bring us insight intothe lighter side of our business. This book should bring fun for usall." -Mario Gabelli Chairman, Gabelli Funds, Inc.