The sleeper hit of Christmas 2009 - more than 4,000 copies sold through Bookscan. A book to send shivers down the spine of any parent who has spent years protecting their children from the slightest bump and bash. A glorious romp though some of the most reckless photos from the 1930s, 40s, 50s and 60s, tagged with side-splitting captions. Ah, the past. A time when children could play in the snow without a helmet, crampons and a risk assessment report. When footballs were made from rhino hide and cricket was played with one pad, if you were lucky. When I Were a Lad... looks at the glorious-yet-risky childhoods of yesteryear before the Health and Safety officers told us we couldn’t do everything because it was too dangerous. It reflects on a time when children were allowed in with the animals at London Zoo; a time before the car seatbelt was invented (let alone used); a time when you were allowed to dress up endangered species in goalkeeping kit and take penalties against them. The authors have trawled through the major historic archives to find some glorious photo opportunities where the safety angle of the participants was the last thing anyone thought of. Children perch happily on lethal, limb-mangling machinery, stand all-smiles on live crocodiles, feed brown bears with their hands and get scooped from the street by passing tram conductors! These truly were the days that Health and Safety forgot, back when I were a lad... 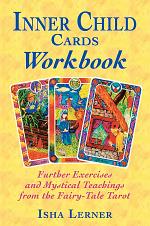 Authors: Isha Lerner
Categories: Body, Mind & Spirit
Companion volume to the bestselling Inner Child Cards, offering in-depth interpretations and advanced exercises using this tarot system. • Shows how fairy tales bridge the gap between the conscious and unconscious minds. • Demonstrates how fairy tales can give us hope and courage to live our everyday lives to the 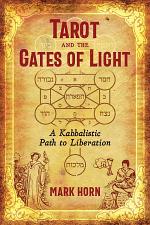 Tarot and the Gates of Light

Authors: Mark Horn
Categories: Body, Mind & Spirit
An innovative, spiritual workbook that integrates the Tarot and the Kabbalistic tradition of Counting the Omer • Explores the origins and meaning of the 49-day Kabbalistic meditative practice of Counting the Omer and how it can lead to spiritual revelation, personal insight, and connection with the Divine • Reveals the 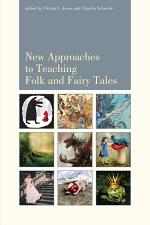 Authors: Christa Jones, Claudia Schwabe
Categories: Social Science
New Approaches to Teaching Folk and Fairy Tales provides invaluable hands-on materials and pedagogical tools from an international group of scholars who share their experiences in teaching folk- and fairy-tale texts and films in a wide range of academic settings. This interdisciplinary collection introduces scholarly perspectives on how to teach 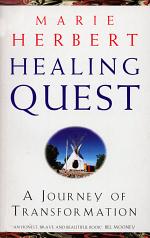 Authors: Marie Herbert
Categories: Biography & Autobiography
When her two daughters were approaching the finish of their education Marie Herbert felt the need to mark the end of the child-rearing phase of her life by a rite of passage, a way to find herself a new place in the grand scheme of things. Long drawn to the 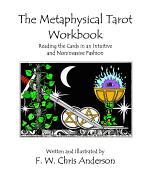 Authors: F. W. Chris Anderson
Categories: Religion
Having almost four decades of counseling and sharing insights the wealth of experience and illumination that Chris Anderson/Onefeather has collected over time is available to the seeker on the journey to inner self-realization and awakening... having written a book that is filled with information and insight, humor and wisdom. The